The cosmos or the universe (al-`Ālam) in Islam is generally defined as “everything other than Allah (SWT).” This definition has its basis in the al-Qur’an. It is repeatedly emphasized in the al-Qur’an that Allah (SWT) is “Lord of all the worlds” and that to Allah (SWT) belongs “all in the heavens and the earth, and what is in between.”

The cosmos is also identified with the entire created order (Khalq) that comes into being through the divine creative command “Kun” (Be!) according to the al-Qur’an. For this purpose, Muslim cosmologists often use the term Kawn, which is etymologically linked to the word Kun and conveys the significance of created life, to refer to the entire cosmos. Therefore, one of the terms used to indicate cosmology is ‘ Ilm al-Kawn, meaning literally ‘the science of the cosmos’.

The primary teaching of the al-Qur’an is that Allah (SWT) is the central idea. Although the universe is not Allah (SWT) from a certain point of view, and there is a fundamental distinction between the two. The concept of world or universe is always defined in relation to this central reality which, in fact, is its metaphysical source and origin as well as its ultimate objective. Indeed, as stated in the following Qur’anic verses, Allah (SWT) enters into the definition of the cosmos;

Islamic cosmology investigates the nature and reality of non-physical worlds without neglecting the world of physics. Indeed, it has produced significant contributions to the development of the physical sciences, natural and mathematical sciences. Islamic cosmology clearly covers a much wider field of rational inquiry than the modern cosmology.

As defined by the Brethren of Purity (Ikhwān al-safā ‘), a secret brotherhood of 10th century philosophers and researchers who wrote the influential Rasā’il (An Encyclopedia in 52 treatises covering nearly every branch of medieval philosophy and science), The cosmos is “all the spiritual and material beings that populate the immensity of the skies, that constitute the reign of multiplicity that extends to the spheres, the stars, the elements, their products and to mankind”.

The al-Qur’an is the primary and important source of cosmological ideas and concepts for Muslims. It offers Muslims with understanding of particular cosmological ideas either expressly mentioned or derived from the metaphysical doctrines of the al-Qur’an by applying them to the cosmic domain. According to al-Qur’an itself, its verses are of two types,

The cosmological concepts in Islam are obtained from verses of the second type. The cosmological contexts observed in such verses have been reached primarily through ta’wīl (symbolic or esoteric approach) which affirms a profound spiritual view and soundness of the faculty of intellectual perception, as different from the faculty of rational thought or philosophical comprehension on the part of the interpreters who attempt to understand the inner meanings of those verses. For instance, the Quranic metaphysical statement as follows;

“He (Allah) is the First and the Last, the Ascendant and the Intimate, and and He is Knowing of all things” (Al-Qur’an. al-Ḥadīd 57:3).

This Qur’anic verse has instant consequences for the cosmos. It expresses that Allah (SWT) is al-Awwal (the First) implies the cosmos has a beginning or origin, and states that He is al-Ākhir (the Last) indicates that the universe has an end. The world of multiplicity, in other words, emerges from the One God and returns to the One God. Therefore, the universe did not originate into being by chance or without any ultimate purpose. This fact is strongly supported in multiple Qur’anic verses that categorically express that the entire universe is created in reality and truth (bi-al-haqq) and not in vain. For instances; 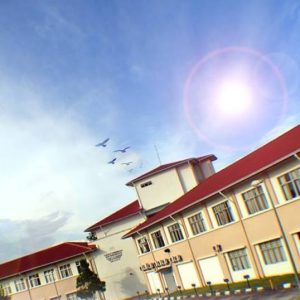 “He (Allah) created the heavens and earth in truth. He is superior to what they associate with Him” (Al-Qur’an. al-Nahl 16:3).

“And We did not create the heaven and earth and that between them in play” (Al-Qur’an. al-Anbiyā 21:16).

The Verses of Throne (kursi) and the Light (nur) are the most common of all Qur’anic verses deal with general cosmological principles as follows;

“Allah-there is no deity but Him, the Ever-Living, the Sustainer of [all] existence. Neither drowsiness overtakes Him nor sleep. Everything in the heavens and everything on earth belongs to Him. Who, except by His permission, can intercede with Him? He knows what’s before them and what’s after them, and they encompass not a thing of His knowledge except for what He wills. His Kursi (Throne) extends over the heavens and the earth, and their preservation tires Him not. And He is the Most High, the Most Great” (Al-Qura’n. Al-Baqarah 2: 255).

“Allah is the Light of the heavens and the earth. The example of His light is like a niche within which is a lamp, the lamp is within glass, the glass as if it were a pearly [white] star lit from [the oil of] a blessed olive tree, neither of the east nor of the west, whose oil would almost glow even if untouched by fire. Light upon light. Allah guides to His light whom He wills. And Allah presents examples for the people, and Allah is Knowing of all things” (Al-Qura’n. Al-Nūr 24:35).

The Qur’an, everywhere differentiates Allah (SWT) from His creation and does not imply any union or blurring of the two. The view that Allah (SWT) and the universe are in any sense the same being is an idolatry from which Allah (SWT) calls humans to repent. This is not a minor distinction between Islam and other religious concepts. It’s an absolutely fundamental issue.

Hence, apart from His creation, Allah (SWT) exists entirely. He doesn’t need the universe, and the universe isn’t part of His nature or essence. Allah (SWT) created all things outside of Himself instead of merely emanating them from His own essence.

From the above discussion, it is obvious that Islamic cosmology differs from other religious and Western cosmologies.